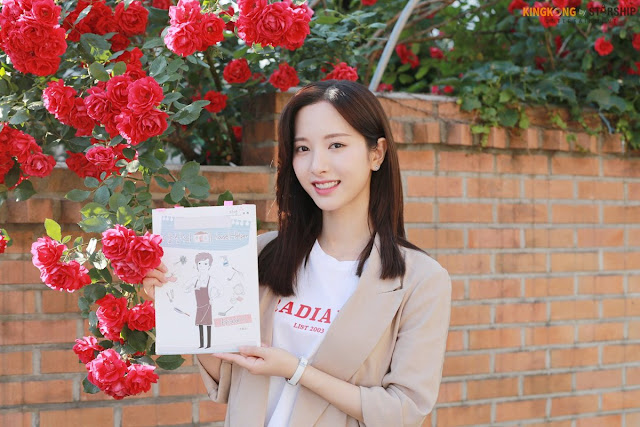 This drama is based on a 2014 Korean webtoon of the same name by Seung Jung Yun which was first published from 2014-March 14 via Ktoon.com. It’s tell the story of a helper who aids a woman whose head and house is a mess. Kim Ji Woon (Ha Suk Jin) is the wealthy son of an assemblyman father and a doctor mother. He began a career at a major conglomerate but chose to protect his pride and ended up getting cut off from his family, and somehow ends up working as a housekeeper. He’s got a gruff personality but finds satisfaction in creating order out of chaos. Meanwhile, Im Da Young (Bona) is an ambitious intern at an ad agency trying to make up for her lack of specs and land a permanent job, whose friendly and placating demeanor gets mistaken for flirting by her colleagues.

Kim Ji-Woon (Ha Seok-Jin) was born to a lawmaker father and doctor mother. He then went on to work at a big company, but he quit his job and stopped talking to his parents.
Kim Ji-Woon meets a woman and begins to work as a housekeeper at her home. While doing his job, he listens to his customer's worries and gives advice to help them solve their problems.
Star Cast
Country : Korean